Farm, farmhouse and wellness center in the district of Ferrara.

In 1976 the Slanzi Gamper family, from South Tyrol, acquired the Santa Caterina fruit growing farm. Dad Giulio (photo) and mum Leopoldina (photo), thanks to their commitment and love for the land, transformed the company, which then evolved in 2002 with the acquisition of the two lakes and of the annexed buildings by their son Anton. Since 2006, the guest rooms, the restaurant and the wellness center were inaugurated, to ensure visitors an unforgettable experience.

Thanks to the enchanting beauty of its location and the commitment of its staff in their various tasks (photo), farm, farmhouse Ai Due Laghi has adoped the philosophy of making its guests feel good. 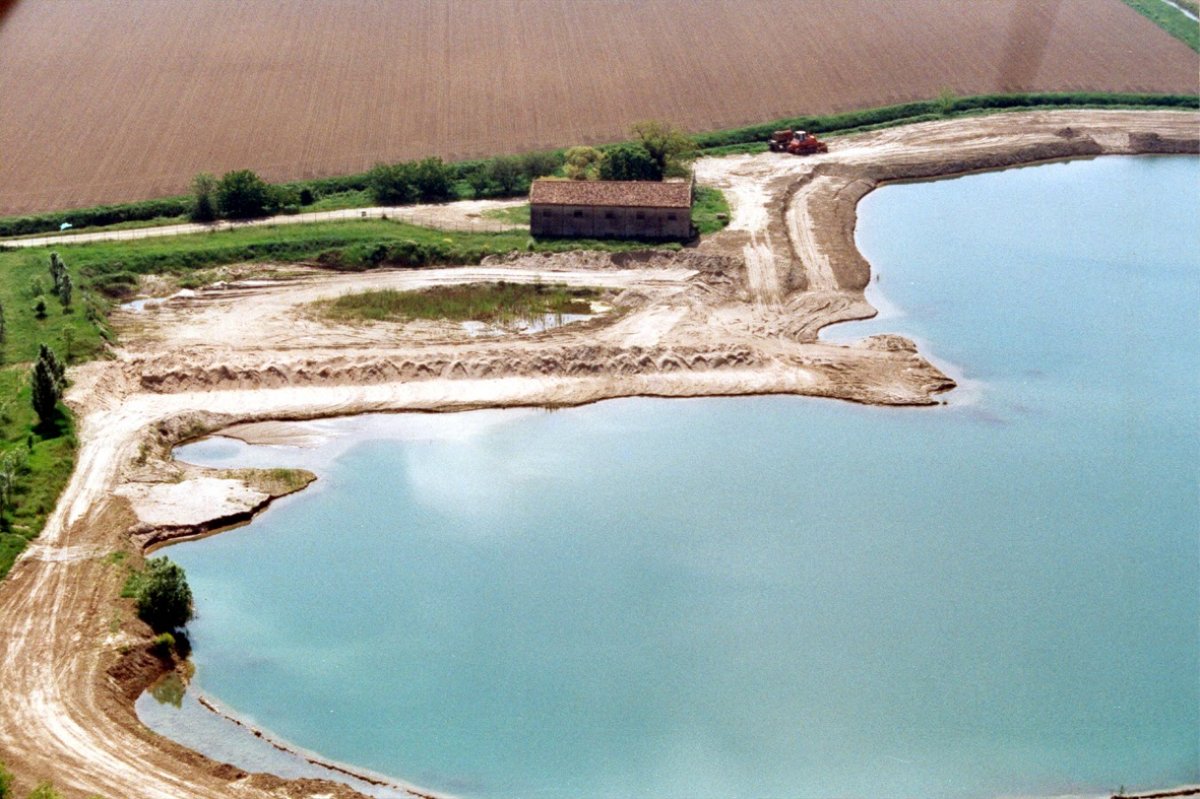 A bit of history

The two lakes originated from a former quarry of sand excavated on the ancient Po riverbed, about 2000 years ago.

Today, an underground river runs in its place, whose waters flow through a natural sand filter, and create an ideal geological situation for the development of a natural oasis. The water of the lakes is, in fact, particularly clean, balanced and oxygenated by the numerous aquatic herbs, contributing to the emergence of a biotope (from the Greek βιότοπος “place of life”). Oxygen-rich waters, besides allowing the life of innumerable animal and plant species, give a great purifying power to the body, mind and soul.

In ancient times, life took place near water, and the ancient river was no exception. Along the banks of the river, which was navigable up to the time of the Estensi (around 1500), there are still many historical finds, such as those belonging to the beautiful necropolis of the Roman family of FADIENI, discovered near the two lakes by Anton during some agricultural works, and currently exhibited in the nearby museum of castle Verginese. 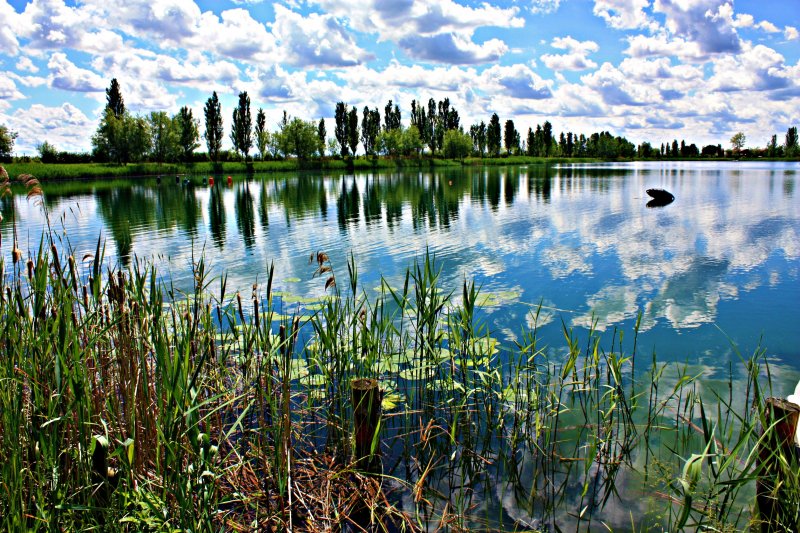 After the abandonment of the quarry for sand extraction, a water mirror was formed, surrounded by a large area of bare ground. Its shores were set up with the creation of a wetland zone to encourage the emergence of aquatic plants, the plantation of typha (bulrush) and canes on the banks to prevent erosion, and the restoration of indigenous trees and hedges. The result is a well-balanced, productive and beautiful environment.

Within the oasis there are five buildings that in the past had various functions and were part of a large farm, but fell into disuse in the ‘70s. From 2004 to today they have been renovated to form the farmhouse and the “LAGO DI VENERE” structure (restaurant, bio-pool, wellness center), bringing them back to the ancient splendor they deserve. 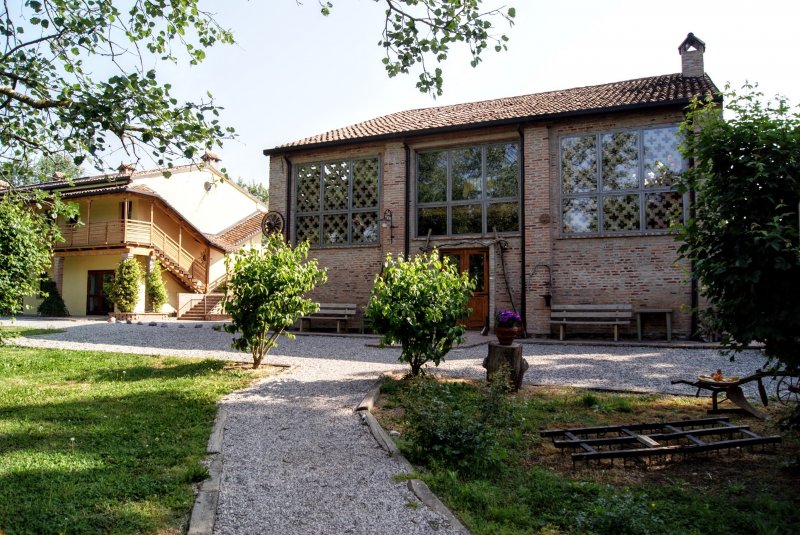 The farmhouse Ai Due Laghi features tastefully furnished accommodations, a restaurant and a wellness center. We can boast among our activities the production and processing of agro-food, according to our traditions, and the protection of environment, the accurate conservation of our green areas and farms, the sport fishing, and much more. In addition, we rely on autonomous heating, produced by solar panels and thermal valorization of wood chippings from the woods surrounding the lakes, and on autonomous electricity produced by our photovoltaic plants.

Because of these features, the farmhouse Ai Due Laghi was selected at EXPO 2015 in Milan as “case-history” to represent the image and illustrate the themes of farm holydays in Italy. 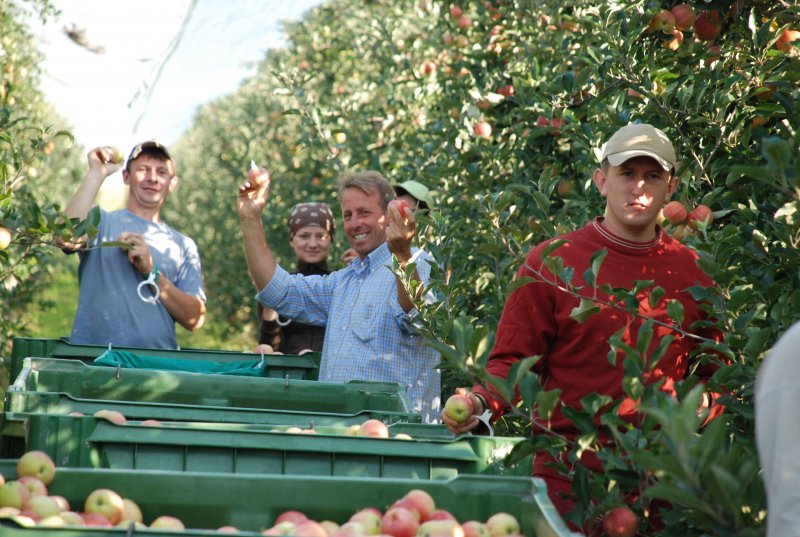 Our farm, which once cultivated only pears and apples, has profoundly transformed itself. Today, alongside the production of fruit, there are many other activities, such as cultivation of vegetables, farming of freshwater fish, management of biomass for energy and fertilizer purposes, production of aromatic and aquatic herbs, maintenance of green areas, building of houses with straw, phyto-purification of water and organic food processing for the production of jams, apple juice, apple vinegar, wine and more, for both domestic consumption in the farmhouse and sale. 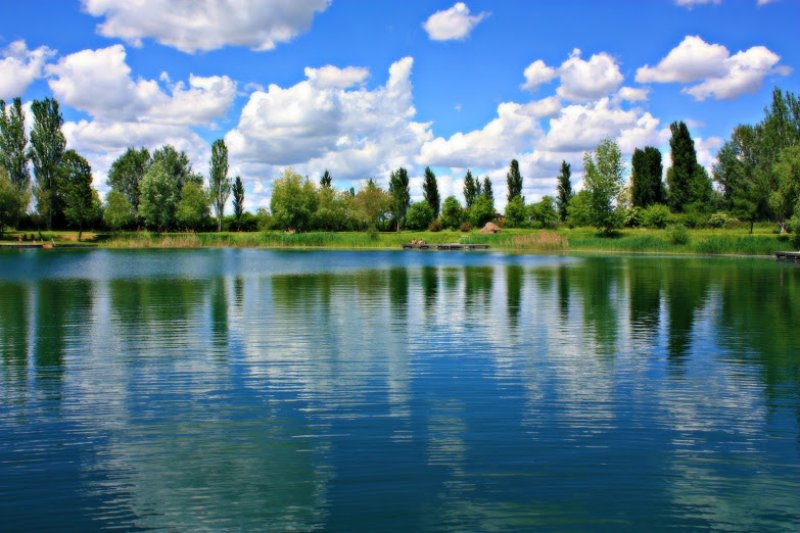 A dose of well-being by the lake

The AL LAGO DI VENERE LTD manages a part of Lago Tramonto (also called Lake Venus, due to the first star reflecting on the pond at sunset) with its bar, restaurant, wellness center and bathing beaches (see also restaurant, bathing, ceremonies). Open from May to September every day, from October to April on weekends.

Subscribe to our newsletter to stay updated on news, activities and events of the Agriturismo ai Due Laghi.